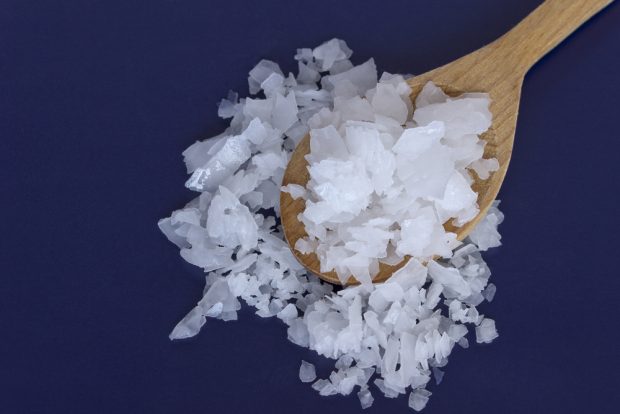 Magnesium is a key element in cellular metabolism, and its involvement in critical enzymes systems within the body is extensive. As an intracellular element, magnesium is needed for the activation of hexo-kinase, which is required in the conversion of glucose to glucose-6- phosphate. This is the first step in the glycolysis cycle involving carbohydrate metabolism. The requirement for magnesium continues into and through the function of the Krebs cycle and is involved in the conversion of pyruvates to coenzyme A. Magnesium is an important requirement for normal functioning of both anaerobic and aerobic metabolism.

Magnesium is the fourth most abundant cation found in the human body. Approximately twentyfive grams is present in an adult, half of which is contained in the bone and the remainder in soft tissues. The highest concentrations are found in the striated muscles, liver, heart, and pancreas. The higher the metabolic rate of a cell, the higher the magnesium content.

The Recommended Dietary Allowances for magnesium are; infants, 60 to 70 milligrams; children, 150 to 250 milligrams; adults, 300-400; and pregnant or lactating women, 450 milligrams per day.1

Tissue mineral analysis of human hair has contributed substantially to the understanding of magnesium and its relationship to other nutrient minerals. Considering the limitations of other tests for accurately measuring magnesium (except through muscle and bone biopsy and loading tests, which are inconvenient),

TMA of hair may be the most useful and economical screening tool.

Seelig has pointed out the many errors involved in serum and plasma magnesium determinations, as well as the unreliability of erythrocyte magnesium levels.2

It has been reported that serum magnesium does not give a true indication of magnesium stores and that hypomagnesemia can occur when the cellular content of magnesium is normal.3,4Also, cellular depletion can exist without a corresponding reduction in serum levels.5,6,7

Serum magnesium levels can be affected by the tourniquet technique when drawing the sample8 and by temperature variations.9Serum values are maintained at the expense of intracellular stores; therefore, it is considered unreliable as a means of evaluating magnesium status.10

The value of TMA is not in determining just the magnesium level alone, but more importantly it provides an easy means of evaluating magnesium in relation to the other elements. When interpreted correctly, TMA can indicate hormonal influence on magnesium and its cofactors. The “ideal” TMA level of magnesium, as determined by Trace Elements, Inc., is 6 milligrams percent. The most important “ideal ratios” of magnesium to other elements include calcium/magnesium (ideal 7.1 to 1), and sodium/magnesium (ideal 4 to 1).

Two types of magnesium deficiencies can occur: either an absolute deficiency or relative deficiency.

However, in hypoparathyroidism, which usually occurs in conjunction with hyperthyroidism, an absolute magnesium deficiency is frequently found. Magnesium supplementation in this case would result in a reduction of thyroid activity and an increase in parathyroid function. Since the signs and symptoms of magnesium deficiencies vary from one individual to the next, it would be appropriate to recognize magnesium requirements based upon absolute (A) or relative (R) deficiencies, which include:

Other conditions that may be associated with magnesium deficiency are gastrointestinal disorders such as malabsorption syndromes due to sprue, bowel resection, prolonged diarrhea, alcoholic cirrhosis, pancreatitis, and prolonged diarrhea. Magnesium deficiency has also been reported with endocrine disorders, renal disease, malignant osteolytic disease, excessive lactation, and diuretic therapy.

Type II insomnia, characterized by falling asleep easily but awakening frequently throughout the night, is often the reason individuals find themselves tired even after several hours of sleep. Type I insomnia, however, is associated with a calcium deficiency and causes difficulty in falling asleep.

Absolute deficiencies of calcium and magnesium together are associated with an elevation of both the diastolic and systolic pressure. A relative magnesium deficiency found with hypothyroidism results in a “mounding phenomenon” of the muscle body with direct percussion. This “mounding phenomenon” is of objective diagnostic value in screening for magnesium requirements.11 The toxic shock syndrome has been associated with the absorption of magnesium from the vaginal region with a concomitant increase in the proliferation of staphylococcus aureus.

Apparently staph aureus will thrive more readily in the absence of magnesium. It is interesting to note that other infectious conditions having staph aureus as the pathogen are also associated with magnesium deficiency as seen from TMA studies. These conditions include endocarditis, impetigo, osteomyelitis, septicemia, sinusitis, prostatitis, pneumonia, and otitis media.

The thyroid, parathyroid, and adrenal glands have a marked influence on magnesium.

Heightened thyroid activity increases magnesium requirements due to increased oxidative phosphorylation. Hypomagnesemia is found in hypothyroid states.12,13,14 This observation has also been consistent in TMA studies.

Increased activity of the adrenal gland, both cortical and medullary, will produce an increase in magnesium excretion. Magnesium deficiency has been reported in hyperaldosteronism, during increased corticosteroid secretion, and with high adrenal medullary activity.19,20,21

The opposite occurs in adrenal insufficiency, resulting in an increase in magnesium retention.22,23,24

Magnesium requirements are affected by stress, diet, medications, as well as twenty-eight other nutritional factors. Figure 1 represents the minerals that are considered antagonistic to magnesium. An antagonistic response of these elements upon magnesium can occur on either an absorptive or metabolic level. Excessive intake or tissue retention of any one or combination of these elements can induce a magnesium deficiency (absolute or relative), or increase its requirements.

Toxic metals such as lead and cadmium interfere with most of the nutrient minerals including magnesium. Lead absorption through the intestinal tract is lessened in the presence of adequate magnesium.25 Lead accumulates in the mitochondrial membrane and directly interferes with magnesium on a metabolic level. Cadmium also affects magnesium adversely on a metabolic level due to its aldosterone-like effect of increasing tissue retention of sodium.

Calcium is closely related to magnesium in many metabolic processes, and when in a proper balance, will allow normal muscular function, neurotransmission, and hormone release. Calcium in excess will inhibit magnesium on both an absorptive and metabolic level. An excess amount of magnesium relative to calcium will result in decreased calcium mediated insulin secretion26,27(TMA indication = Ca/Mg < 4:1).28 However, an excess of calcium relative to magnesium (TMA indication = Ca/Mg > 12:1 )29results in an increase in insulin secretion.30

The excessive accumulation of potassium within the cell, mediated by increased adrenal secretion,31,32 can also result in excessive magnesium losses from the body. Excessive adrenal function using TMA is indicated by an elevated Na/Mg ratio greater than 4:1, with an elevated Ca/Mg ratio greater than 10:l33 Excessive phosphorus intake leads to a deficiency of magnesium by interfering with its absorption.34,35

Foods high in phytic acid, and protein, which are high in phosphorus, will increase magnesium requirements. Both manganese and iron decrease the absorption of magnesium either directly or indirectly. Manganese, however, can take the place of magnesium in some enzyme systems that require magnesium. These minerals in Figure 1 are mutually antagonistic to magnesium. Therefore we can see that excessive magnesium intake can antagonize toxic heavy metals and produce a deficiency of the nutrient minerals.

Less recognized are the effects of vitamins upon magnesium status.

Figure 2 shows the vitamins that are considered antagonistic to magnesium. These antagonisms can occur either directly or indirectly by increasing the metabolic requirements of magnesium. Vitamin D is known to enhance magnesium deficiency.36 The mechanism may be direct by the action of vitamin D upon calcium. Increased calcium accumulation within the tissues can displace magnesium. Vitamin D contributes indirectly to magnesium deficiency by its effect of increasing intestinal calcium absorption over that of magnesium. Vitamin D also affects parathyroid activity, which as discussed previously also affects magnesium status. Vitamins B1,37C, E and B6 have a stimulating effect upon metabolic functions thereby increasing magnesium requirements in cellular enzymatic functions.

These vitamins are also known to support adrenal activity, the consequence of overactivity having been discussed previously. The occasionally encountered hypertensive effect of high dosages of vitamin E may be related to a low magnesium status of some individuals. Vitamin B12 contains the mineral element cobalt. Cobalt in high dosages has been implicated in causing cardiac failure,38,39 a condition that became apparent in heavy beer drinkers.

Beer, once laden with cobalt to enhance foam formation, has now been replaced with chromium. Cardiac disturbances are well known to be associated with magnesium deficiency. Since cobalt has been reported to antagonize thyroid activity,40,41 it can be surmised that excessive cobalt intake can produce either a relative deficiency or exacerbate an existing absolute deficiency of magnesium.

Folic acid (B10) increases the activity of a number of glycolytic enzymes that require magnesium. Folic acid, therefore, can increase the metabolic needs for magnesium.42 Excessive magnesium intake in turn, can contribute to a deficiency of any of these vitamins or increase their requirements.

Vitamins synergistic to magnesium are Vitamin A, B1, B2, B3, C, and E.

Some minerals and vitamins appear as both synergistic and antagonistic. Within a physiological range, a nutrient can act as a synergist in magnesium dependent metabolic processes and absorption, but in higher (pharmacological) amounts can antagonize magnesium absorption and metabolic functions, or can increase the requirements for magnesium.

The role of magnesium in important biological processes is extensive. Recognition of its synergistic and antagonistic role with other nutrients can greatly enhance its therapeutic effectiveness, thus avoiding nutritionally induced deficiencies. TMA can be one of the most useful laboratory tests for evaluating magnesium status and requirements when assessed according to its physiological range with other nutritional factors.

200 The Nutritional Relationships of Magnesium References 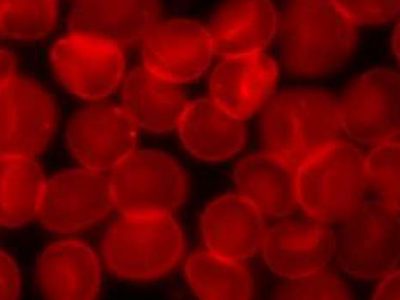 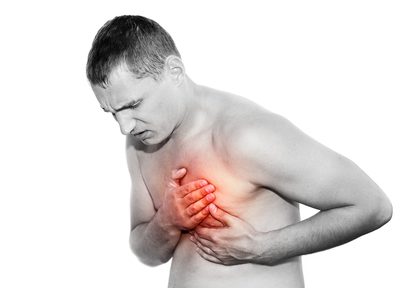 Magnesium and Heart Disease: What’s the Link?
Many physicians are accustomed to advising patients newly diagnosed with heart disease to lay off… 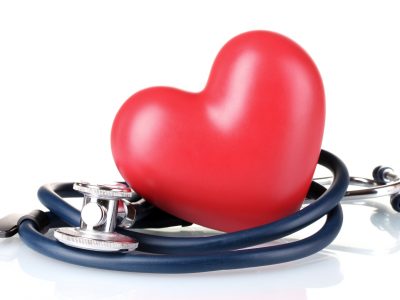 Magnesium Balances Calcium and Rescues the Heart
Carolyn Dean, M.D., author of The Magnesium Miracle, states that up to 80 percent of…